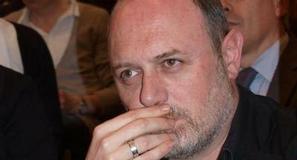 Mabel PalacÃ­n and David G. Torres to take part in a talk in Venice about the status of the contemporary image

Final days for visiting the Catalan and Balearic Islands' pavilion at the Venice Art Biennale, which closes on 30 October. David G. Torres and Mabel Palacín, the Mabel Palacín: 180º project's curator and the artist respectively, will take part in a talk on Friday at the Magazzino del Sale no. 2. The event forms part of the series of talks organised by the S.a.L.E.-Docks collective, running in parallel with the exhibition at the Catalan and Balearic Islands' pavilion.

The topic being discussed during the talk, which starts at 6 p.m., is the status of the contemporary image, which is also the core theme of Mabel Palacín's project. The art historian Andrea Lissoni and the cinema director, writer and curator Florian Schneider will also be participating. Issues under discussion will include the limits between photography and video, and the production and consumption of images in the midst of the upsurge in new technologies.

Additionally, S.a.L.E.-Docks has also prepared a round-table discussion for tomorrow Wednesday to consider the world emerging from the revolts in North Africa. The blogger Issam Heni, the writer Dalì and the radio broadcaster Kalima Faten Hamdi, all witnesses to the revolts in Tunisia, will be taking part.